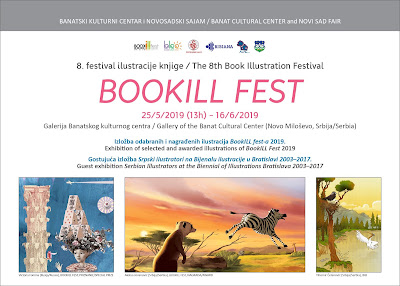 Both "BookiILL Fest" and "Bibiana" exhibitions will be available to visitors of the Gallery of the Banat Cultural Center in Novo Miloševo from 25th May to 16th June 2019.